Menieres Disease
Home 9 ENT 9 Conditions We Treat 9 Ears & Hearing 9 Menieres Disease
The Shea Clinic is one of only a small number of otologic centers in the world that has a particular focus on the management of Meniere’s disease, offering state of the art treatment through intratympanic therapy (inner ear perfusion). This procedure was developed by Dr. John Shea, Jr. and has been performed tens of thousands of times over the last thirty years at the Shea Clinic with great success in managing the most debilitating symptoms of Meniere’s disease
What is Meniere’s disease?

In the early stages, hydropic inner ear disease is associated with fluctuating ear fullness, hearing loss, and tinnitus (ringing/roaring noise in the ear). These early-stage cases typically have not yet sustained significant permanent damage to the inner ear and the hearing loss is usually only in the low frequency sound range. Initiation of aggressive treatment during this early phase is optimal. If the condition advances, vertigo spells may become more frequent and severe, and the pattern of hearing loss usually spreads to affect all frequencies of sound. Advanced stage Meniere’s disease is associated with more severe and irreversible damage to the hearing and balance organs, to the point where all useful hearing may be lost. Many of the most advanced cases of Meniere’s disease will eventually “burn out”, as vertigo spells cease once the inner ear is damaged enough that most or all balance function is lost in addition to useful hearing.

Meniere’s affects both males and females, with the peak incidence in middle age. It usually causes symptoms in only one ear, but the presence of hydrops in both ears is not uncommon. A typical attack of Meniere’s comes on without warning or any obvious precipitating event. It can range from mild to severe and may last from minutes to hours. The patient will usually notice that hearing in the affected ear becomes muffled and the ear feels “full”. The patient may also experience an increase in noise in their ear and vertigo (a spinning form of dizziness), which if severe can lead to nausea and vomiting. An especially severe Meniere’s variant may include “drop attacks”, where the patient experiences a sudden loss of balance and may fall, although they do not lose consciousness.

The clinical course of hydropic inner ear disease and Meniere’s is difficult to predict and often irregular. Sometimes the condition will flare up and result in severe symptoms and frequent vertigo attacks for several weeks or months. At other times, it will enter a quiescent phase where symptoms are well-controlled and minimal over months to years. There seems to be a sub-group of Meniere’s patients that are impacted by environmental factors such as the weather. In particular, major shifts of barometric pressure into the severely low range have been documented to worsen symptoms. Further, general health issues may impact a hydropic ear such as obstructive sleep apnea, intracranial hypertension, or systemic inflammation within the body. For example, a major flare up of allergies, Covid-19, or anything that would prompt excessive bodily fluid retention could potentially exacerbate symptoms.

Some individuals who appear to have Meniere’s disease may in fact have a migraine variant known as vestibular migraine, which can mimic some of the symptoms of Meniere’s disease and is sometimes overlooked as a cause of treatment failure.

Treatment for Meniere’s disease begins with correctly diagnosing the condition. There are other disorders which can cause vertigo besides Meniere’s disease, like positional vertigo, and these must be ruled out. The diagnosis is made by history and through tests of hearing (audiogram), inner ear pressure (electrocochleography), caloric function, and others. MRI of the brain with contrast may be needed to rule out vestibular schwannoma (acoustic neuroma), a benign tumor of the balance nerve. Diagnosing Meniere’s can sometimes be difficult, and it is not always obvious whether a patient has it or not, although it usually can be more firmly established over time with repeated evaluations.

At the Shea Clinic, our approach is to aggressively treat patients, when possible, while they are in the early stages of Meniere’s disease with the intention of preventing or minimizing early damage to the delicate inner ear organs and thereby slow progression to a more advanced stage of disease. Although traditional conservative medical therapy for Meniere’s (low salt diet, diuretics, medication to control vertigo) is usually the first step in managing the condition for most patients, application of medication directly to the inner ear, known as intratympanic perfusion, is by far the most significant element in the approach to Meniere’s disease treatment in use at the Shea Clinic. In our opinion, at many other centers intratympanic perfusion is employed at a later-than-ideal time, after some permanent damage to the inner ear has already occurred. Our belief is that early intervention with intratympanic perfusion is the most effective way to prevent to progression of Meniere’s to its full-blown form for many patients.

The specialists at the Shea Clinic have many years of experience in diagnosing and treating Meniere’s disease. Dr. John Shea, Jr. (1924-2015) did a great deal of early work on developing intratympanic perfusion in the 1990’s, which is now considered state of the art treatment for Meniere’s disease and is the backbone of our treatment protocol at the Shea Clinic. Dr. Paul Shea was involved with a project while he was in medical school at Tulane University in which frogs had a medication called streptomycin (closely related to gentamicin) injected into their inner ears for the purpose of causing ablation (reduction) in hair cell and dark cell function. This research formed the basis for the modern intratympanic perfusion procedure that is currently used at the Shea Clinic in the treatment of Meniere’s disease and other inner ear disorders.

There is no cure for Meniere’s disease. It is a chronic condition, and the goal of treatment is to manage it as effectively as possible, reduce pressure in the inner ear, slow the progression to permanent inner ear damage and hearing loss, and mitigate its impact on the patient’s life.

Diet and medication regimens are individualized for each patient. Our goal is to minimize the amount of required daily prescription medication. Many patients respond to conservative treatment, but not all. We often recommend an early series of dexamethasone (steroid) perfusions, especially if sudden/fluctuating hearing loss or severe vertigo is present. This series of perfusions may be repeated months or years later as necessary. If the vertigo spells become more frequent and severe or if hearing continues to deteriorate, more aggressive treatment options may be appropriate.

Some patients may have ongoing unsteadiness and may benefit from vestibular rehabilitation (balance therapy), hearing aids, or cochlear implantation in cases where the hearing loss is so severe that hearing aids are no longer able to help. Other surgical procedures for Meniere’s disease include endolymphatic shunt/decompression and sectioning of the vestibular nerve, but these procedures are no longer performed at the Shea Clinic, as techniques and experience with intratympanic perfusion have proven to be safe, effective, and less invasive. At the Shea Clinic, the general approach to Meniere’s disease treatment is as follows: 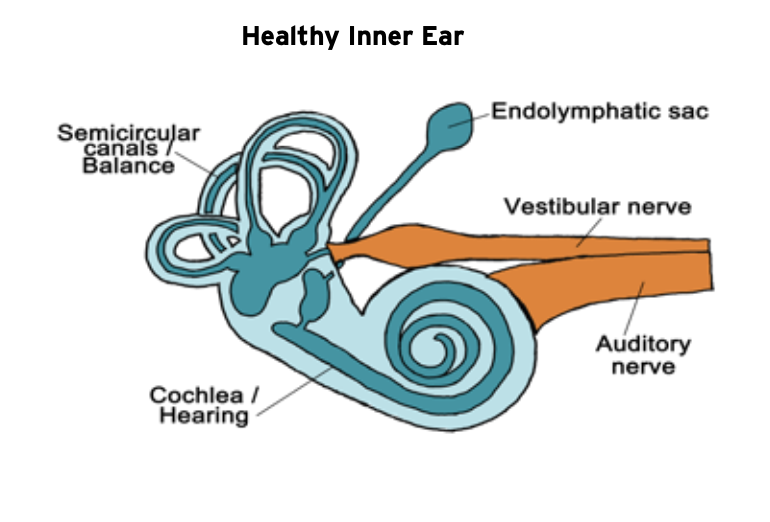 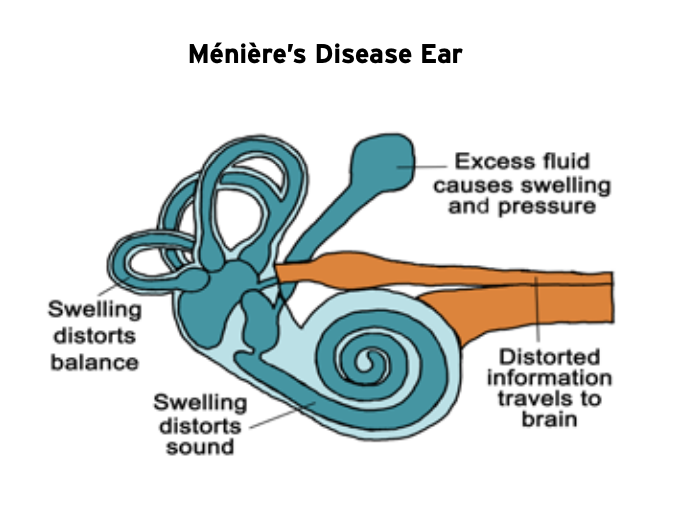 These are general guidelines and treatment is individualized for every patient, depending on the severity, frequency, and nature of their symptoms. If you have been diagnosed with Meniere’s disease or believe you may have it, you are strongly encouraged to make an appointment to see Dr. Paul Shea at the Shea Clinic.